Canadian journalist pioneer Sara Jeannette Duncan once wrote, “A human being isn’t an orchid, he must draw something from the soil he grows in.” I feel quite sure that Ms. Duncan was confined by the style of the day and surely meant “they” instead of “he” and would have marched into the offices of Strunk and White and laid her elbow length gloves together against their gin blossomed cheeks with a crisp thwack before departing from Canada forever to die alone in 1922, at Ashtead, Surrey, England after an impressive career as the British Parliamentary correspondent to the, then, colonial Canada.

I have to admire Sara’s insistence that the human being requires roots, earth, water, nourishment, and more than air and light to survive. But I have to say that while so many of us try to thrive in a purely cerebral environment where our hearts close up like morning glories at midnight, closing our eyes to the stars, and choosing to be “right” in so isolated an environment that we wither and die, to survive is not enough. Our cultural fist is the internal shame, depression, fear, and self-hatred we harbor. And while even I have picked up monikers, developed alter-egos, and built a wall of mist around myself so opaque that no one but my nearest and dearest can see the titanium fist inside of me. Unlike the rough and tumble boys with sleeves of tattoos, and snarls affixed to their faces, who are dying inside for love and the tender bottom wiping of mommy, I am sweet, gentle and warm on the outside, and stronger than steel on the inside. With my fingers clenched so tightly that under pressure I can feel the warm blood run down my wrist from the fingernails digging into the palm of my hand. I have always felt that this dark heart of mine is the horrible truth, and thus the mist around me, all my growth, all of my love, all of my light is nothing but the tricks of a faqir laying on a bed of nails with a copper pot set out before me for silver rewards to maintain the illusion.

To open up this dense little fist – if only slightly – I have discovered that there is nothing to hide. The space between isn’t “the middle” as I have always imagined it – mediocre, shameless, bland, dull, and lifeless – but rather it is where life actually exists. If not in the shimmering energy between our fingertips, then were is life? Then where is love? There is almost nothing certain in this world, and so to take any hypothetical refuge in the slivers of extremist thinking as I have done for the better part of my life thus far, is to opt out of the experience itself. I would choose, instead, as I Write these liner notes, to open my petals sweetly, and feel the warmth of nourishing sunlight on my face, and revel in what energy, exchange, flow, and sweet mysteries grow between us.

The word Orchid comes from “orchis,” a greek word meaning “testicle.” Historically the word is associated with lust, greed, and wealth. Orchids were collected extensively during the 1800s. History relays that at one point, four thousand trees were cut down to collect the orchids growing on their branches. One collector alone was believed to have sent hundreds of thousands of orchids to England, where, unfortunately, most of them died. Today there are 25,000 different types of orchids (that we know of.) Greek women thought they could control the sex of their unborn children with orchid roots. They believed that if the father consumed large, new tubers, the child would be male and, if the mother ate small tubers, the child would be female. The orchid’s reproductive behavior has been a basis for study for years amongst botanists for years. The orchid’s peculiarity is that for its seed to germinate it needs to be penetrated by fungus threads. The paphiopedilum orchid was named for Phaphos, a temple on Cyprus where the love goddess Aphrodite was worshiped (and where prostitutes were said to be readily available.) The most famous orchid, the vanilla orchid, was said to give strength to the Aztecs, who drank vanilla mixed with chocolate.

While we may not be Orchids, per se, it seems in our efforts to live without roots, on little more than air and light, we have arrived here and now where the mystical and potent flowers of our true selves can at last open, and show our true, innermost beauty. With nothing to fear but the loss of our damage and pain. With nothing to hide but the husk of our histories. Welcome home. I love you.

Here is the track listing for Sunday Soul – Internal Orchids: 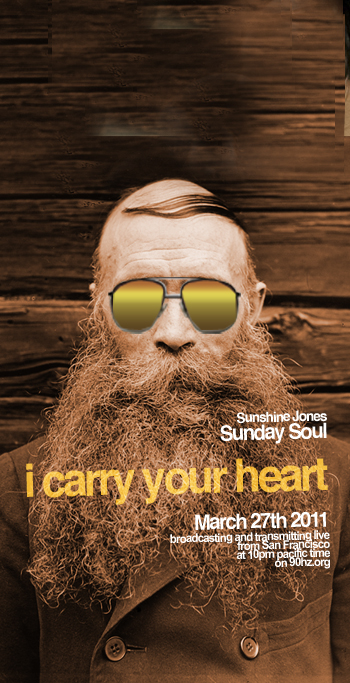 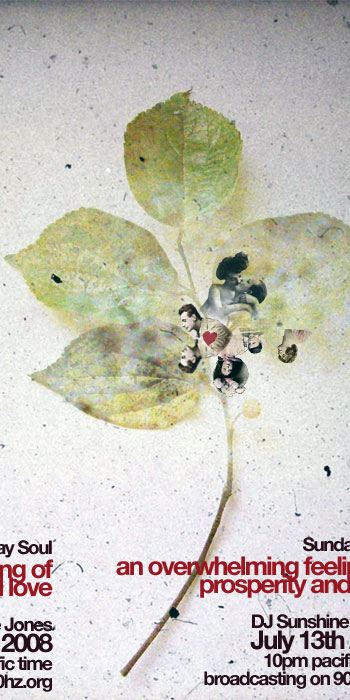 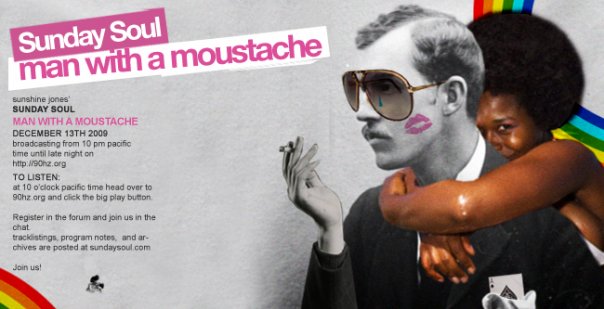