The beautifully ill prepared guru Osho – pronounced O-shuh – took a stab at the psychology of dreams by saying “We have seven bodies: the physical, the etheric, the astral, the mental, the spiritual, the cosmic, and the nirvanic. Each body has its own type of dream. The physical body is known in Western psychology as the conscious, the etheric body as the unconscious, and the astral body as the collective unconscious.” He then went on to describe these bodies while I listened to the Sex Pistols in my head. But what he had to say was essentially that each of these bodies sing their own song. We listen to them as best we can, and respond with or without knowing it. The stomach dreams of lunch, and we say “I’m hungry.” The heart dreams of love, and we say whatever it is we say when our heart does that. But they are only dreams. The question is, are you listening? Are you interpreting all of your dreams?

Last night I proposed a remedial exercise: cover your eyes, see the lights, and follow wherever they roam. Personally I have no ambitions to climb my way through the houses of dreams and reach enlightenment, or my nirvanic house of realization. Like the corporate ladder, or the chart topping hits which keep the mob drunk and absent, I’m not in this to “win” this in a pedantic sense. This journey is what it’s all about… so by following the trails of our own ocular cosmos we are more firmly rooted in the here and now. But trusting ourselves enough to let our minds roam free, we are more deeply connected to everything.

Musically I took it down. I took it way down. Thumping the room at 112 bpm, it was a real live low motion discotheque. The chat was wide awake with so many friends – new and old – and it was lovely. In the end, when I had logged out, and stood over my mixer in the dark I said “Wow, that was amazing.” I just love exploring with you. Thank you.

Here is the track listing for Sunday Soul – Phosphene Daydream 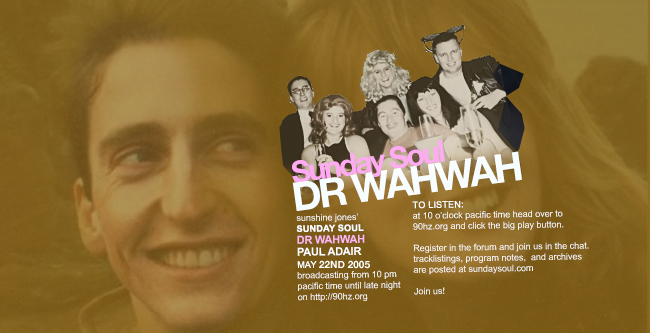 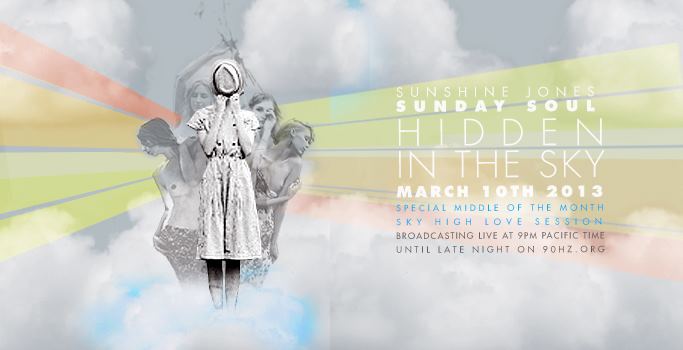 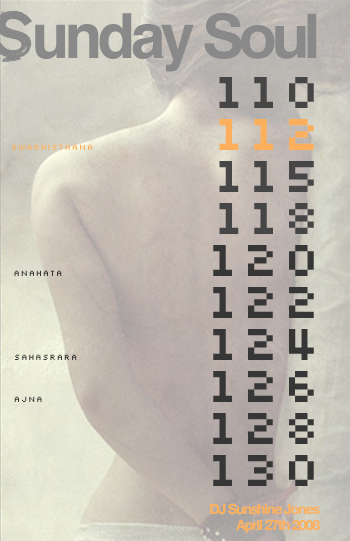