Last sunday night’s transmission was so much fun. It’s been a transformative week. To celebrate I prepared a wonderful re edit of Rod Stewart’s immortal classique “Do ya think I’m sexy?” and offered it up as the centerpiece of the program. Now to be fair, the urban legend of Mr. Stewart having to be rushed to the hospital to have 9 gallons of semen pumped from his stomach and all my questions about the homophobia which dimmer people feel when they hear disco, who started this rumor (which was actually broadcast on the local news in 1979 – the year this track was released,) and if there’s any truth to it then where on earth anyone could possibly secure 9 gallons of semen to ingest (because the average male ejaculate is something like 2.5 milliliters and there are approximately 3,785.4 milliliters in a US Gallon which means that something like 13,627 people would have had to ejaculate into Mr. Stewart’s mouth before he had the opportunity to digest any of it making it highly unlikely) aside, I do not actually find sweet Rodney “sexy” in the least. But what an absurd anthem, and what a wonderful question, right?

In case you missed the announcement you can buy this re edit in my shop located at http://treehousemuzique.com/muzique. The pure joy that’s been so beautifully returned to me after playing this re edit has been so completely inspiring to me. I’ve begun to look into how to press up very small run vinyl (50 – 100) and even looking into the possibility of evatone sound sheets (or flexidiscs) for limited runs of these edits and my original music as well. I see the need for it, and the beauty of the physical product. I feel it’s lack and absence in the world and want so much to participate in finding a way back to holding albums in our hands, reading the liner notes, pinning the posters to our walls, and daydreaming while we listen to the records… I miss taking that time, and being that close and intimate with the music I love.

I also asked a pointed question during the program of the listeners who were in the chat room: I am thinking of no longer offering the archives for download. I want to release a weekly compilation of these programs which not only include the 3-4 hour mix set, but also include the original tracks. The suggested retail price would be something around $18 per program, and it would be fully licensed, and royalties would be paid to the artists-publishers-labels who originally produced the music I play (thus the big price tag.) So you would be able to stream the weekly archive as always, but in order to own it for your ipod or itunes you would have to buy it, and download it. People seemed to largely be in support of the idea. Rod knows I need to make a living, and this would – if successful – really help a lot toward my current inability to pay my bills. I sent out a letter to the handful of kind souls who have contributed more than $20 to Sunday Soul by way of the “donate” button and asked them what they think. I want to hear the honest feedback from those who have stepped up and shown real financial support for me and my dreams of beautiful, soulful, electronic music before making this tough decision. I’m interested in what you have to say as well. I am not afraid of your positive or negative feedback. I love a rousing discussion and never take it personally. Feel free.

The show itself was well attended and a whole lot of fun. In the end I felt loved, radiant, and very, very sexy. I trust and believe that you do too. I love you so much. Thank you for listening!

Here is the track listing for Sunday Soul – do ya?: 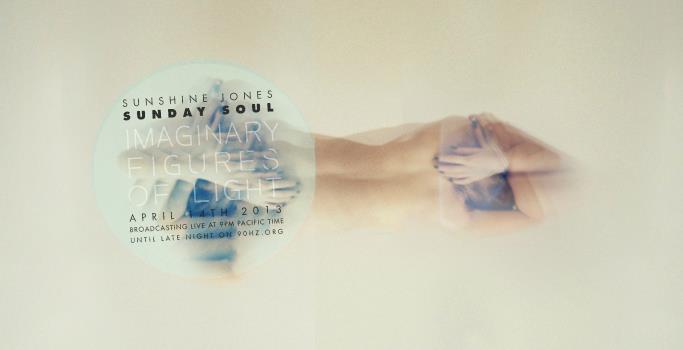 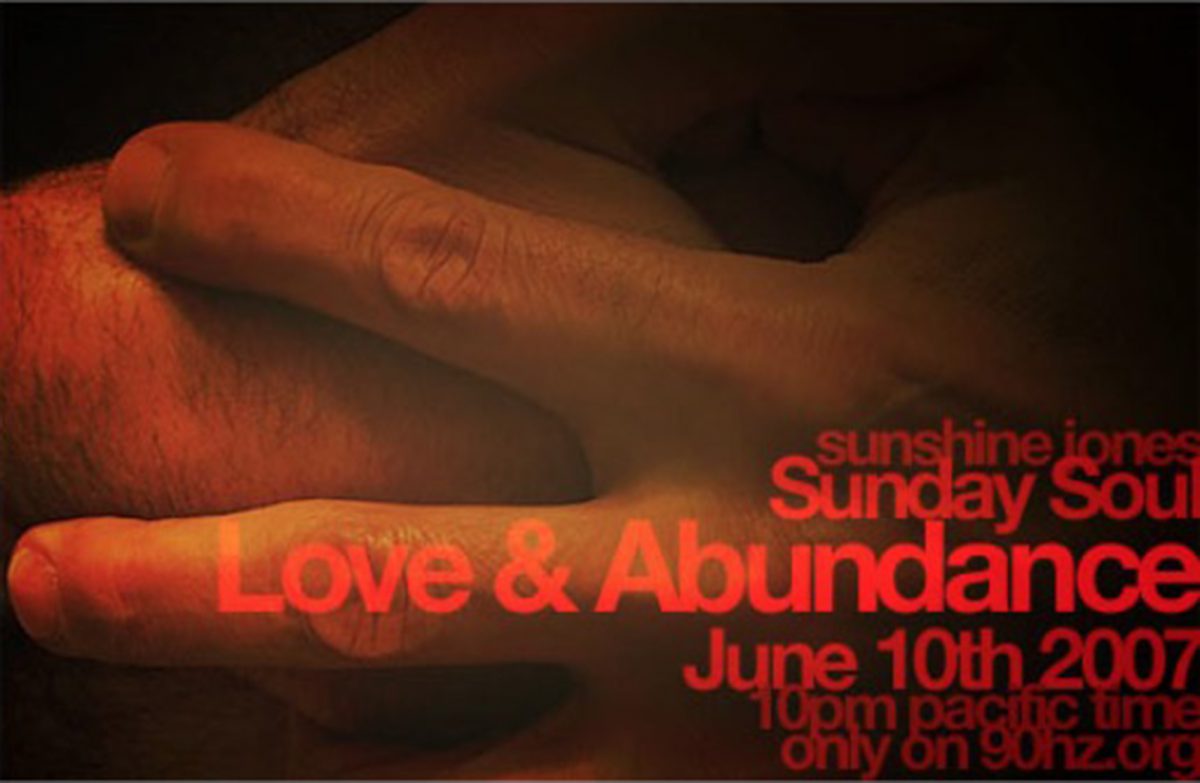 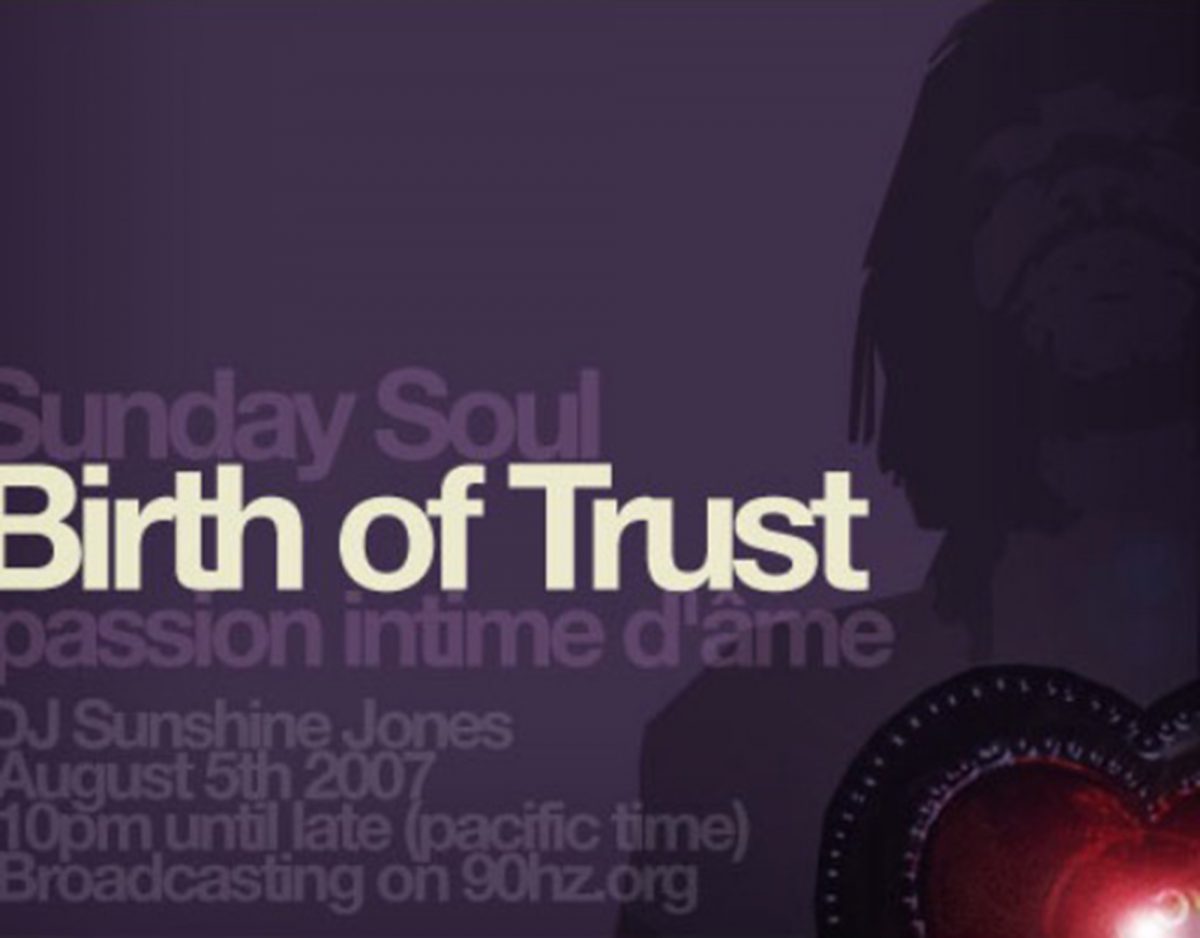