Myrurgia was founded in 1916 by the Catalan family of Monegal. Raymon Monegal, a wealthy chemical industrialist, put up the money and marketing skills. His second son, Esteve Monegal Prat, a sculptor, art student and friend of many in the contemporary art scene, was the face of Myrurgia. Esteve was also influential in the management of the company until his death in 1978.

Monegal was a devoted follower of the goddess Nephele – the goddess of the clouds – and named his company after her, and all of his fragrances were dedicated to her. Nephele is the cloud which Zeus created in the image of the jealous and vengeful Hera in order to fool Ixion – king of the Lapiths, the most ancient tribe of Thessaly, son of Ares, and thief of the heart of the daughter of Deioneus. Monegal created fragrances which would rise into the air and become the atmosphere, protecting the wearer from jealousy, fear, revenge, and the ambitions of those who might seek to steal their hearts.

Last night’s broadcast was dedicated to calling upon the goddess, and asking for fire, for rain, for abundance, and direction. As one travels the clouds of this world it is easy to become disoriented and feel lost. How can you tell one cloud from the next, and what protection is there aside from hiding within the very arms of the goddess? So I wanted to dedicate myself to describing this journey, and sing my love songs to the clouds.

The broadcast was wonderfully attended, the chat flowed by without much help from me, and I got lost in my heart’s aching, and callings, desires and delights. I held nothing back.

As the result, the archive is a little unruly in terms of the levels and the effects, but it was one of the most personal, inspiring, and beautiful Sunday Soul transmissions in a while (for me) and so rather than shrug and say “Sorry, the archive is little too loud for pleasant listening” I am releasing it as a piece, a performance, and offer it up to you for your pleasure. 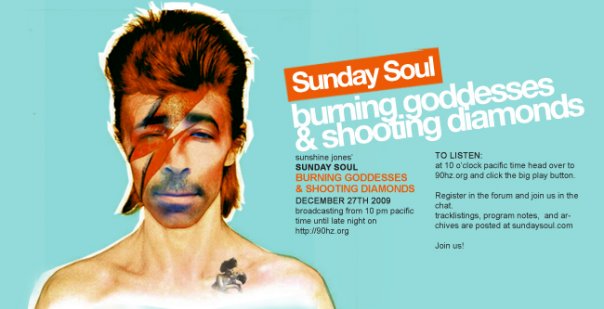 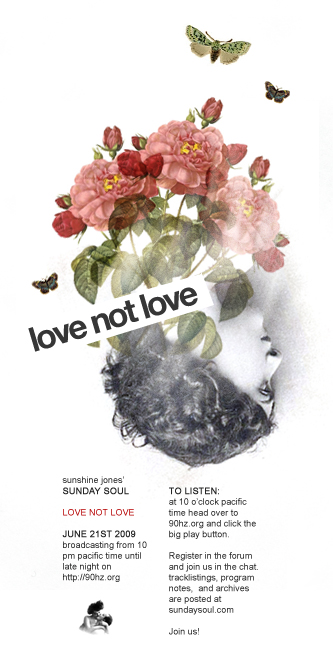